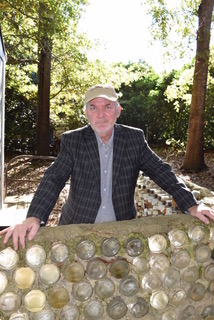 An Interview with George Singleton, Author of You Want More: The Selected Stories…

I had the pleasure of attending one of your lectures where you said, “All beginnings must kiss the end.” I revisited my entire collection of short stories based on that advice. I asked you then if you needed to kiss the middle and you said you’d get back to me.  Time’s up.  What do you think?

Ha. That’s another thing—kissing about each page. It’s not a bad idea to have an echo. Let’s say I write a story about a character who takes one of those Here’s Your Career tests in high school, and it came out, say, ornithologist. The character’s now 50, telling the story. On every page it might be wise to throw a bird reference in there. (Gee, guess what I’m in the middle of writing right now? A tenth-grade teacher decides to offer up every student—in her American history class—their career destination. My guy—now 50 and working for a non-profit—gets “ornithologist,” which the teacher, and fellow classmates, thinks is “orthodontist.”)

There are short stories I reread annually: “Cat in the Rain” by Hemingway for its brevity and what remains unsaid, “How Far She Went” by Mary Hood for tension-building, “The Witch” by Shirley Jackson, because it’s simply wicked. I’ve officially placed your short story, “Four-Way Stop,” in my annual rereads.  What are some of your go-to stories?  And Why?

Another great question. When I can’t go from Point A to Point C, oddly enough, I go reread some John Cheever. I have exactly zero connection to Cheever’s world—northeastern, lower upper-class people—but boy oh boy can that guy write a story. So, there’s something like “The Country Husband.” If I’m dead in the water for language, I go to just about anything in Barry Hannah’s Airships. If I’m looking at how to write a funny/sad story, it might be Allan Gurganus’s “The Wish for a Good Country Doctor,” which is about to come out in his Uncollected Stories.

As you can tell, I’m a little fixated on your short story, “Four-Way Stop.” I mentioned in my review I felt this story was the perfect balance of comedy and tragedy. Tough question, but how in the hell did you accomplish this?

There’s nothing more fun than to do a reading, and have audience members laughing like all get-out, then the story takes a turn, then seeing people’s faces go, “Uh-oh, should I have been laughing?” It all goes back to Samuel Beckett saying something like, “There’s nothing funnier than human misery.” Right? We might be all “Man, my life sucks,” and then read a story about a character who’s worse off. My life sucks, but it ain’t as bad as this guy’s life…” “Four-Way Stop” starts off with ridiculous trick-or-treaters, but then ends up with two characters’ child getting killed at an intersection. Maybe the saddest story I’ve ever written.

Back in the day, fiction writers would never consider writing novels without first mastering the shorter form.  Now, everyone starts with the novel.  What’s the future of the modern short story?  What has changed since you began your career?

I do everything backwards. I wrote three execrable “novels” before I ever wrote a short story. Godawful. 450 pages, 250 pages, 300 pages. I’d had great professors say, “You’re ready after 1000 pages.” I guess they were correct. I started writing short stories then—after peckering around with novels from 1979-1987 or thereabouts. I don’t get why short stories aren’t more popular, or why publishers and agents pretty much demand a novel. Idiots, I think. Right? With the attention spans of people these days, you’d think that there would be a demand for poetry.

I love linked narratives and Drowning in Gruel spoke to me. Has anyone advised you to “convert” those stories into a novel?  Have you ever felt you had to defend this form against the more traditional longer form of the novel?

So, I was writing a bunch of stories for Drowning in Gruel. I got some pressure from my agent and publisher/editor to write a novel. As a joke, I started a short story called “Novel,” about a guy named Novel. It got kind of long. At the time I was with Algonquin, but my paperback dude was Andre Bernard at Harcourt. He called one day and said, “What’re you working on?” Maybe I had been drinking. I said, “I’m writing a novel, called Novel….” And then I made up some stuff. He made an offer. I finished the novel, then went back to those stories in Drowning in Gruel. What the heck. There’s a story in the collection that mentions a tombstone with a guy named Novel Akers, who dies at sea.

I once took a Business of Writing (not at my MFA program) course and when I introduced myself as a short story writer, the instructor said two things: No one publishes short stories and why don’t you just make your stories longer…meaning into a novel. I literally had a panic attack, and I didn’t take the advice.  What’s your advice for short story writers attempting to break into the industry?

Write what you want. If you’re an electrician, don’t listen to people who tell you to be a plumber. My father—who had a tenth-grade education—asked me in my junior year of college, “What are you going to do?” I said, “I guess I’m going to law school.” He said, “Do you want to be a lawyer?” I said, “Not really. And I hate everyone I’m in classes with who’re going to law school.” He said, “Why would you want to go do something for 40 years that you hate?” I said—and I was a philosophy major, but not smart or committed enough to do a PhD in philosophy—“I want to be a writer.” He said, “Well, go write.” I should mention that my father called me often, like at 5 A.M., and said, “I’m looking at the Want Ads and don’t see ‘Philosopher for Hire’ ha ha ha.” He died when I was 24. Maybe that’s where the funny/sad stuff comes from.

What’s on the agenda of George Singleton?

Who knows? I’m writing a bunch of stories about characters involved in the non-profit sector. Kind of linked stories. My working title is The Curious Lives of Non-Profit Martyrs.

What are you currently reading?

The End of Vandalism, by Tom Drury. It was published about 30 years ago, and I’m just getting to it. Funny and sad.

I saved the most important question for last. Is it possible to write a story about a dog or even a story that includes a dog as a minor character where the dog doesn’t die?

TO PURCHASE You Want More: Selected Stories by George Singleton at Hub City Bookshop or via Amazon.

George Singleton has published nine collections of stories, two novels, and a book of writing advice that includes illustrations by Daniel Wallace. His stories have appeared in The Atlantic Monthly, Harper’s, Playboy, One Story, the Georgia Review, the Southern Review, Kenyon Review, and elsewhere. He’s received a Pushcart Prize, and has ten stories in the New Stories from the South anthologies. Singleton received a Guggenheim fellowship in 2009, and he’s a member of the Fellowship of Southern Writers.

Please share on your social media and feel free to leave comments!