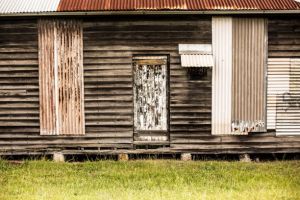 I’ve thoroughly enjoyed working with Clay Anderson these past three weeks on this Grit Lit Series. Hope y’all have as well and now have a better insight into the genre and into Anderson and his own work. Here are some final thoughts from Anderson regarding his journey into Rough South Literature.

I was first introduced to Grit Lit my sophomore year in college. I took as an elective a Modern South English class. One of the books we read was Cormac McCarthy’s Suttree and I was immediately enthralled with his portrayal of the underclass. The dark and complicated characters mixed with his elegant prose had me hooked. I read through his whole canon by the time we reached the end of the semester. During a discussion with the professor about my new obsession, I was introduced to the “Grit Lit.” I’d never heard the phrase before and my professor described it as the underbelly of Southern Literature.

I was given a list of authors and began reading everything I could by them. Starting with William Gay, I moved on to Harry Crews, Dorothy Allison, Breece D’J Pancake, Chris Offutt, Dale Ray Phillips, George Singleton, Ron Rash, Daniel Woodrell, David Joy, and Ann Pancake.

As I continued along this literary journey, I learned new phrases to describe several of these authors: they were writers of “dirty realism,” trailer-park Gothic, and country noir. I didn’t know at the time that even within the category of Grit Lit that was one even coarser: Rough South. It has been said that Southern Literature is Mint Juleps, Grit Lit is Jack Daniels, and Rough South is Natty Light and crystal meth. Rough South is defined as “mostly poor, white, rural, and unquestionably violent – Grit Lit’s wilder kin or Grit Lit with its back against the wall and somebody’s going to get hurt” (Brian Carpenter).

It is in this latter column that I throw my hat in. Not out of some obsession with violence or shock value, but because I am obsessed with realism and anything less is lying to the reader. When asked what that looks like, I describe a fist fight. Unless one is a trained boxer, the character won’t knock out their opponent with one punch. Realistically, it will take four or five punches with lots of blood and teeth and tears. For me, it’s that demarcation that separates Southern Lit from Rough South. And it’s that realism that I’m drawn to.

For those wanting a crash course in Rough South, I’d encourage you to read:

David Joy’s The Line that Held Us

Ron Rash’s The World Made Straight

And, with the shameless plug, Clay Anderson’s The Palms

Clay Anderson is an Adjunct Professor of History at Reinhardt University in Waleska, Georgia. He received his BA in History from Kennesaw State University and MA from Mississippi State University. He has seven diverse publications in fiction and non-fiction. These publications include two non-fiction book reviews in Texas Books in Review and East Texas Historical Journal, one non-fiction article in the Journal of Big Bend Studies, and four fiction short stories in the Fourth World Journal, Adelaide Literary Award Anthology 2019 and 2020, and The Bangalore Review. He is currently an MFA student in Creative Writing at Reinhardt University. The Palms is his first novel and was nominated for Georgia Author of the Year under the first novel category. Clay lives in the North Georgia mountains with his two dogs and has recently opened a bookstore called the Bear Book Market in Dahlonega, Georgia.

View all posts by Dawn

This site uses Akismet to reduce spam. Learn how your comment data is processed.